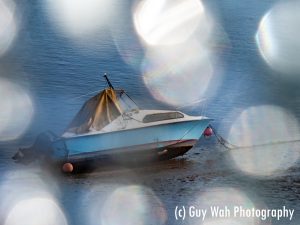 I do love photography. Especially at this time of year. The long daylight hours mean that I can usually find a good picture somewhere, whatever time of day I head out. I find it incredibly relaxing to drive out to an area with no one around and just wander aimlessly, pointing the camera at whatever takes my fancy and trying to make something interesting out of it.

I’ve been doing that a fair bit recently, now that I’ve finally had some rest time. The problem is that I struggle to rest at home, unless I make a conscious effort to meditate or do something practical. If I don’t I will inevitably switch on my laptop and start working – even if I’ve only turned the PC on check the weather or buy tickets for something. I even struggle to sit down and watch television, unless there’s something that I’m making a conscious effort to watch.

Other things that help include going to the gym, but guess what? Yeah, that’s right, I’ve injured myself again. Not sure what it is this time – it’s a strain in my right shoulder that goes across my chest too. I thought I’d done it by sleeping on it originally, but it’s in the weak part of my body that I have a tendency to strain while working out, so I’m pretty sure it’s a gym injury.

At the start of the year I created two lists – one list of goals for this year, and one set of routine targets – that is, things I was planning to get into a regular routine with. Earlier this week I spent a little time looking at them, and it’s quite interesting how they have developed. I have deleted two entire categories from my goals list, because I’m now going down a different path with them. I have checked three things off the list already though, so I’m quite pleased. The routines have gone out of the window completely, but that’s more because of the personal stuff I’ve had going on recently, so hopefully I’ll be back into them shortly.

Damn that was boring, wasn’t it? Note to self: don’t talk about stuff if you’re not going to provide details.

I’m still contemplating my place in the acting world. I had a couple of interesting conversations about acting at the Worthing Actors and Creatives meetup this past Thursday, and hearing my own words has made me think more about where I stand. I’ve never had a burning desire to be an actor, but simply to earn a living doing something that I love. There are a number of things that I’d still love to do within the acting industry, but I have definitely reached a point where I will no longer chase acting jobs for the sake of doing some acting. If I am offered paid work doing something else that I love just as much, then I will happy accept that work with no regrets. Because of this, I’m questioning whether or not I have the drive for the acting business any more, although I do want to continue working as an actor.

At the start of my acting career, I also promised myself that if I became bitter and frustrated with the industry then I would step aside. It’s an oversaturated marketplace and there are plenty of others out there that should be doing the work if I am not happy doing it. I came across too many bitter and twisted actors, who the business clearly worn down over time, when I first started out. I will not become one of them.

The result of this is that I continue to work as an actor, but I spread my endeavours across any project that excites me, regardless of discipline. I feel this is the healthiest way to work as a freelancer, and by only taking on projects that I am genuinely interested in, I reduce the risk of becoming fatigued by the aspects that I dislike within any discipline.

I apologise for the state of my grammar in this blog. I’m tired and probably should be in bed.

Podcasting excites me because I can create anything that I like and put it out to the world reasonably quickly and easily. It is also perhaps the platform that allows me to be me most authentically – not least because I can remove anything I don’t want published in the edit. There is also no pressure. As a new podcaster searching for an audience, there are no preconceptions of who I am, what I do, or what my opinions are. I hope to use this blank canvas to have open discussions with interesting people.

I’m toying with revising and resurrecting Professional Arsehole. With a few things that have happened in my life recently, I feels very relevant right now.

I think I’m out of stuff to say. I haven’t even got a clever way to round this post off.

Oh, I forgot. I have written what I think will be the hit single from my country album. It’s called Song For The Uglies and it’s a proper singalong. I’m proper excited about it.

I think that’s it now.