Well, Brighton Fringe was frickin’ amazing. I didn’t make my target of seeing one show per day, but I did have an awesome time and saw so many amazing shows. I was also lucky enough to be working the lights for Brewers Fayre, a new play by David Greig, which was well received by audiences and critics alike.

Other highlights included John Robertson’s The Dark Room, Die Roten Punkte’s Kunst Rock (I went to see this twice because it was so good), and Paddy O’Keefe’s Bernard Shaw Invites You.

I had such a good time at the Fringe this year that it’s inspired me to get my arse up to Edinburgh at long last. I’ll be there from 14th-18th August and I’m hoping to take in around 20 shows during that time. 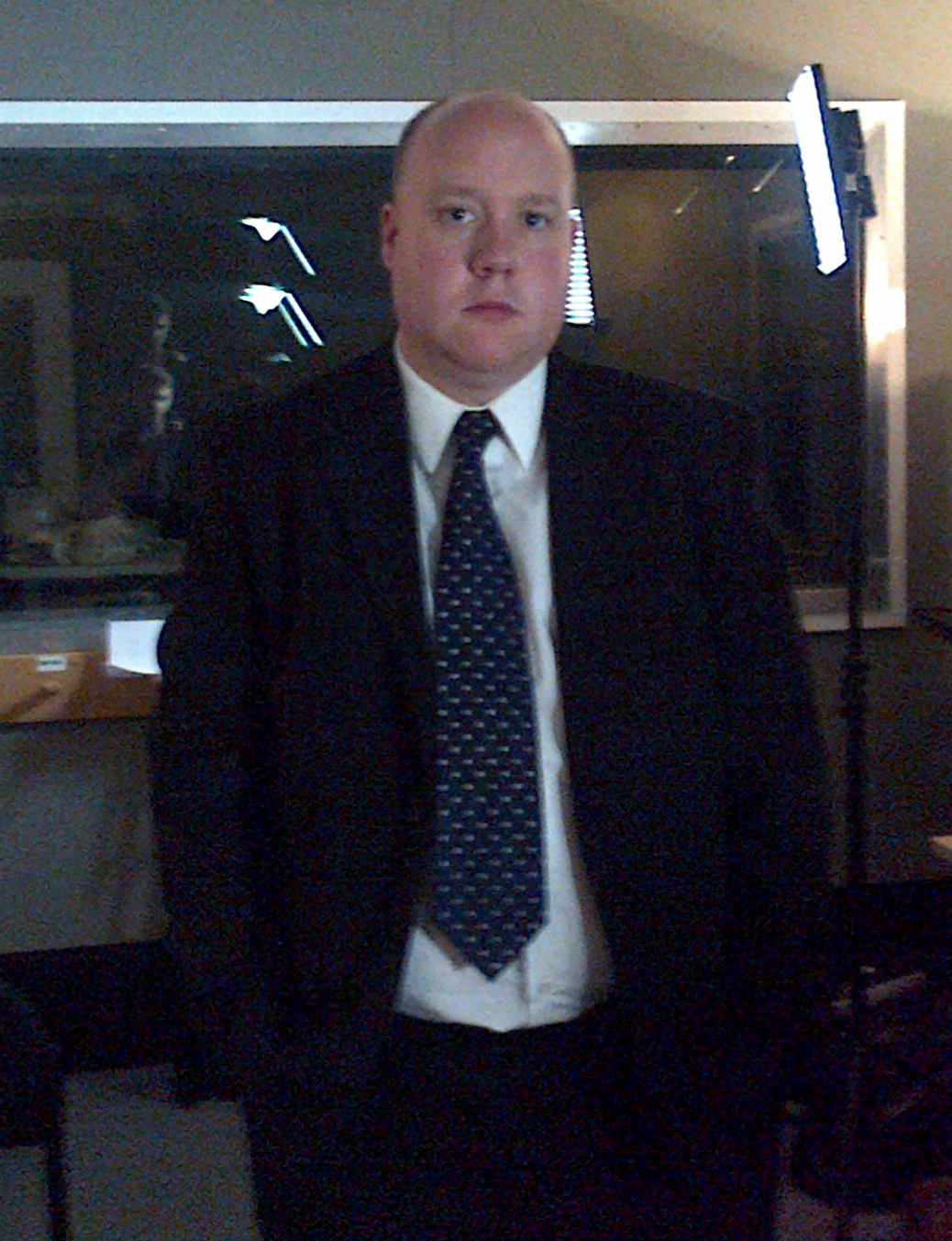 The past few months have been really productive for me creatively. I’ve played the role of Detective Bingham (see left) in Della Anderson’s exciting new film noir The Eyes, plus I played a stalker in a short film for Brighton Film School students. I’ve written two short plays for submission for Cast Iron 3, and I’m currently rehearsing two plays for Cast Iron 2 – one of which I am directing.

I’m keeping my improv skills sharp by attending Iron Clad Improv most weeks, plus back in April I hosted a Playback Theatre workshop run by Victoria Howden of Plays of Our Lives.

Finally, I’ve finished the first draft of my new stage comedy Daylight Robbery and I’m working on a new full-length play called Time and Space – a sci-fi comedy set 200 years in the future.

In other, less interesting developments, I start a new part-time admin job on July 1, meaning that although my time will be restricted, I will finally be able to pay my rent. H0-hum, swings and roundabouts…