After not going last year, I decided on a whim to book three days in Edinburgh. I’ve been lucky enough to have had a good run of work for a few months now and so after a quick google of prices and availability, I realised that I could afford to head up this year, having previously resigned myself to not going.

I had an AMAZING time. I saw 15 shows in three days, and was still able to catch up with friends and colleagues from Brighton while I was there.

Here’s the low-down on everything that I saw. I haven’t revealed the names of the shows that I didn’t like because I don’t think that’s fair. This is my personal blog, not a professional publication, and I know how much work goes into a show whether or not I like it. I have no desire to piss on anyone’s chips, especially while they’re going through what is most likely an incredibly stressful time. The only thing that I’ll say is that none of them featured anyone that I know personally, so you can rest assured that they’re not aimed at you if you’re on my Facebook friends list!

The Biggest Problem in the World: Our Problem With Problems (and Why Truth Matters) 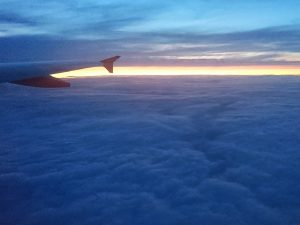 Straight off the plane, I went to get a ticket for a comedy showcase but missed out on the last one to the person in front of me. It’s all good though. I looked through the venue brochure and saw this was about to start a few minutes afterwards.

Although listed as Spoken Word, it was more of a talk. An academic was presenting the results of his research into our (in)ability to identify the correct problem when attempting to overcome challenges. It was a really fascinating insight, and I’ve already approached him about appearing on the How To Be A Man podcast as I feel the subject matter deserves further attention.

This was fun! Nothing groundbreaking but it’s a family-friendly (-ish – there were a few saucy moments) 1pm show with a lot of laughs and engaging presentation. I smiled all the way through and laughed out loud on numerous occasions so it gets the thumbs up from me!

Aidan was on top form. Which is a relief, as on the two previous occasions that I saw him the audience really weren’t into it, so I was starting to think I was cursing him. A cracking show from start to finish with some brilliant audience interaction from Peter, who was determined to make his opinions on Radio 4 known. Aidan is a warm-hearted comedian who doesn’t pick on the audience – go and check him out if you get the chance.

I could write an entire entry about this show on its own. I went to see it because I saw Leo do an hour of puns last year and I really enjoyed his style. I also wanted to see things that would make me uncomfortable this year, which is perhaps where this falls down. See, the problem is that Leo is incredibly likeable, and although I may have disagreed with some of what he said, he never punched down and he was self-deprecating enough to make all his subject matter funny. He made it clear right from the off that he was intolerant of the far-right, and talked about subjects such as “coming out” as a Tory and why he was happy that Thatcher closed the mines. All in all this was a very clever show, and one I strongly recommend to my fellow lefties.

I had some time to kill so I popped into this show featuring a battle between comedians and poets. My expectations were low, as they often are when I see this sort of show advertised, which is probably why I was buzzing when I came out. The show delivered the perfect balance of art and comedy. The banter was good, the hosts were engaging, the atmosphere was inclusive and the performances were all top-notch. I’d definitely go again.

This is one of my go-to staples every year. Unfortunately Brendon was unable to perform due to tonsillitis, but this gave me the chance to see John Hastings in his place, and he bounced off Colt just as well as Brendon does. If you know what this show is, you’ll know it’s pretty much a fail-safe for providing guaranteed laughs. If you don’t know what it is, well, the title says it all so you’re pretty dumb, and if you love wrestling you should definitely check this show out.

Right, this was the first show I didn’t like, hence the redacted title. It just didn’t deliver. There was no story, no through-line, no beginning, middle and end, and it was the most self-indulgent piece of theatre that I’ve ever seen. The show blurb sounded really exciting, but the script was based on the performer’s real-life experiences, and they just weren’t very interesting,

Sci-fi, Bowie, playwrights, time-travel and a beautiful message. A one-person play with a wonderfully rich storyline and some great multimedia action. Written and performed by Rosy Carrick, who I later found out is a fellow Brightonian. This is one of those pieces of theatre that is made to surprise you at the Fringe.

I’d heard an interview with one of the cast members on Fubar radio, and decided that I wanted to check this out. It’s the story of how the TV programme Birds of a Feather came about. I found it fascinating and really enjoyed the story. The show itself felt a little raw, and I found the direction a little too theatrical for something that was remarkable gritty, but it was definitely worth catching. I’m not sure I’d recommend it to anyone that’s not familiar with Birds of a Feather, but I enjoyed it.

This is another show that absolutely blew me away, completely unexpectedly, another one that I went to on a whim between shows. A parody of Stranger Things done so well that I knew it was a parody of Stranger Things even though I’ve only half-watched one episode of Stranger Things. I’ve never seen two performers with this much energy – both multi-roling, both improvising, and both incredible storytellers. This is probably my highlight of the free fringe, against a lot of competition! 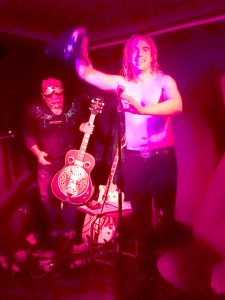 I mean, John is John. This time, however, he had Mr Blue with him. Improvised blues songs, a few set-pieces (a game of koala or stripper, anyone?) and of course the baked bean tsunami. There is no way of describing this madness. Just drop your sensibilities, prepare yourself for some weirdness, and go and watch this show.

Nothing really to say about this other than it was a musical that I had high hopes for. Very little details were provided about the company behind it, but I would assume that they were students, or very recent graduates. This was very raw, and the comedy aspects missed the spot too many times. It was painful to watch, if I’m honest.

Loved this! Real life stories from people with Aspergers syndrome and autism. Poetry, spoken word and stories by people that have learned to hide their neurological differences from society in order to fit in. Incredibly moving.

Jo Jo tells the stories of some of the greatest female spies in history, using classic soft rock, puppetry and traditional storytelling. This was great fun and I felt I learned a lot too. One for all the family, but definitely one to take your teenage girls to see.