Here are the steps I had to climb last night in the dark. Well, less than half of them, anyway… 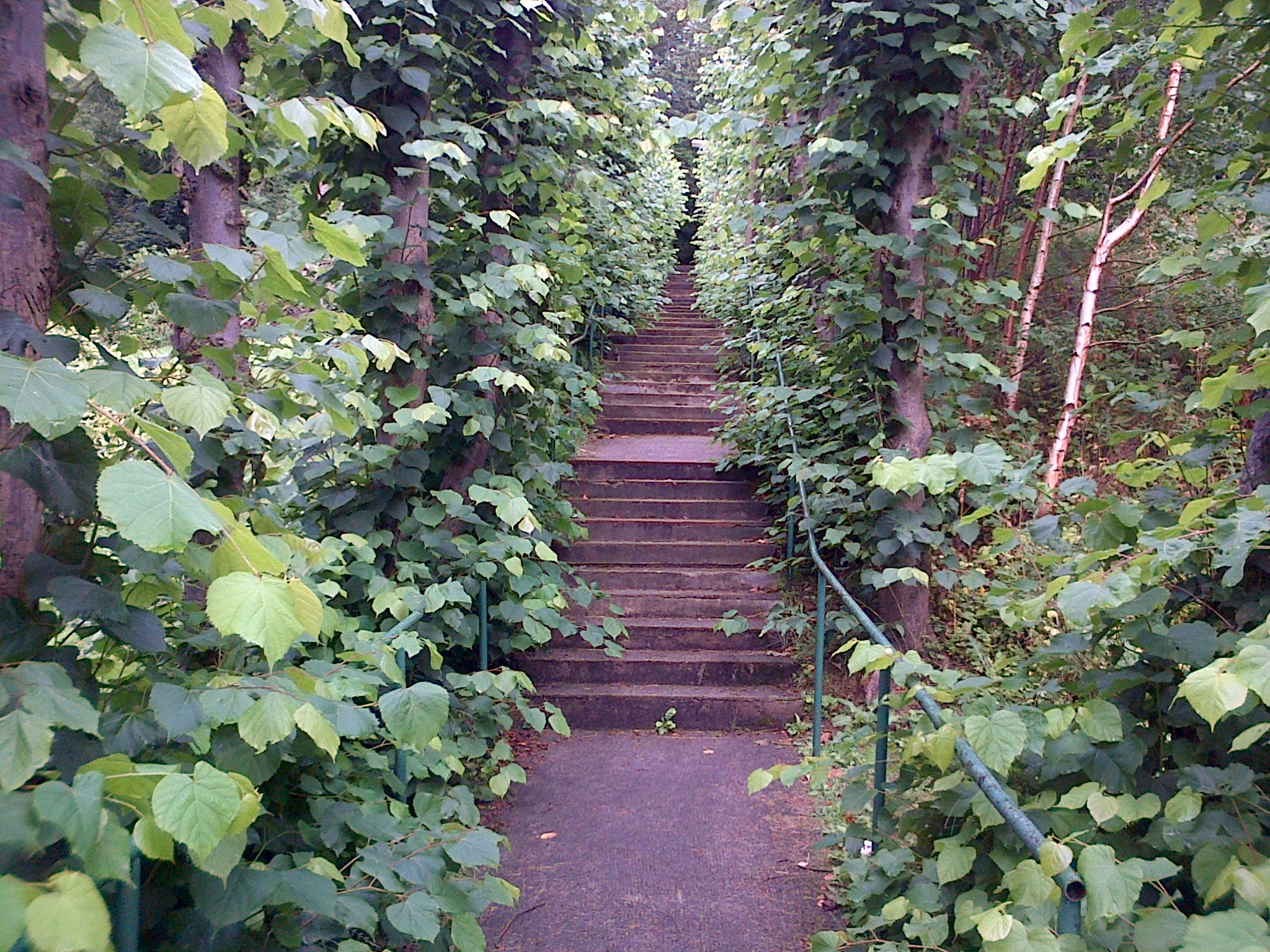 An enjoyable show. One of my favourite shows, and this was a good production. My only complaint is that the cast seemed a little unconfident, when they had very strong voices and generally good performances. A good start to the day.

I was hoping to catch Who Ya Gonna Call? before heading to this show, for a kind of Maydays double-header. Unfortunately I couldn’t get to the venue in time, so I chilled for a bit instead. The Maydays did not disappoint. Had I been reviewing, this would have been a five-star performance. The new Quantum Leap format is simply incredible. Either it lends itself superbly to the long-form improv format, or the Maydays are amazingly skilled at making it look as such. In truth, I think it’s both. The episode was titled Welcome to the Jungle and set in 1972. Sam and Al found themselves in a research laboratory in the jungle, and the story swerved in a number of directions (ala Quantum Leap) as the sleazy Al received updates from Ziggy. This is one I’ll definitely be checking out again.

His and Hers Wild Vaudeville – Just the Tonic @ The Tron – 5pm

Having managed to cock up my notes and miss not one, but two shows that I’d pencilled in, I decided to take a gamble and go and see a random freebie following a conversation with a flierer on the street. This show was just odd. An eastern-European couple (he only speaking by singing in Opera, she the control freak) with lots of audience interaction – whether they wanted to or not. Indeed, I was dragged up onto stage with two other guys to hold the lead female while she played a song on her ukulele. Not something I would have chosen to go and see, but entertaining all the same.

This was the surprise of the day for me. Not so much that I liked it – I always suspected that I would – but the quality of the writing was excellent. I had feared this may be cliched, but the script delivered by considering the human aspects of the situation rather than the political aspect (although this was also heavily featured) and the jokes were very well delivered. In fact, the characters were well developed and the cast were superb. I can’t wait to see more from this team.

Another hour to kill, another random freebie. This time in the form of Swedish magician/comedian Charlie Caper. A family-friendly show going through some standard magic tricks and some more impressive ones, Charlie provided charisma and originality in delivery. A thoroughly enjoyable twenty minute filler.

Having seen Ray Peacock compère at live TV recordings, I wanted to check out his own stand-up material. I was not disappointed. Talking through his experiences of depression, a diagnosis of bi-polar disorder, and his dad being in a coma may not sound like a comedy show, but it was brave, poignant and bloody funny. From stories of being arrested for letting comedy partner Ed Gamble steer the car on the motorway, to being sacked from Deal or Deal, Peacock saw the humour in every situation, and delivered some delicate subjects with surprising sensitivity.

The only downer in my day was the two bus drivers that drove past me without stopping. And then when I finally got on board, I screwed up and ended up walking a good one-and-a-half miles back after missing my stop…